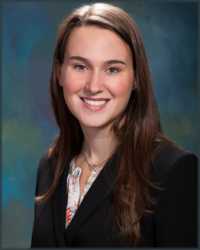 Can you imagine being unable to access your doctor’s office or grocery store? Or being told that even though it has been illegal for 28 years for that business to deny you access, you need to formally complain and then wait six months or for that business to begin allowing you access? Participation in society should not depend on businesses getting around to complying with the law after the affected person complains. And the person being denied access should not have to bear the costs of forcing the business to comply.

On February 15, the United States House of Representatives voted 225-192 to dismantle protections afforded by the Americans With Disabilities Act (“ADA”). The did this by approving “The ADA Education and Reform Act,” also called H.R. 620. This bill will not become law, however, unless approved by the Senate. There is still time to contact your Senator and urge him or her to vote against the ADA Education and Reform Act.

H.R. 620 removes incentives for businesses to comply with the law, and places the burden for ensuring business compliance on the person being denied access. The ADA has been the law for almost 28 years, and already takes the needs of businesses into account. H.R. 620 is being advertised as an attempt to give businesses more education on how to comply with the ADA, but it does not provide any specific guidance about what that education should be. It is worth noting that free (and extensive) educational resources are already available to businesses.

The scary part of this bill is that is attempts to take the burden for ADA compliance off businesses and place it onto individuals with disabilities. The bill’s sponsors are saying this is to prevent frivolous lawsuits, but in reality, the ADA does not allow monetary damages for suits filed under Title II of the ADA. Some states allow monetary damages, but changing federal law with this bill would not eliminate those state allowances.

Importantly, the ADA has been law for 28 years. Businesses, schools, and the likes have had ample time and notice to comply with the law. But now, supporters of this bill are suggesting that business be given even more time – they only have to comply with the ADA if someone formally complains. And even after a complaint, the business would have six months to begin making progress towards accessibility. And if – after a formal complaint and the lengthy waiting period – the business does finally comply with the ADA, no lawyers’ fees would be available. So the individual(s) being denied access would have to fund their fight for accessibility out of their own pockets.

What this means for you: Do you or a loved one rely on the protections of the ADA to gain reasonable accommodations, access, and entry in places like doctors’ offices, grocery stores, and while going about your daily life? Do you worry about the burden of ADA compliance being placed on individuals with disabilities, rather than on the businesses and schools that should be creating accessible environments? If so, contact your state Senator and urge him or her to vote against the ADA Education and Reform Act. You can look up your Senator and his/her contact information here: https://www.senate.gov/senators/senators-contact.htm.