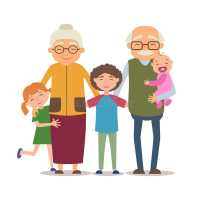 This year saw two important changes in the law for non-parents seeking custody of a child.  The law was changed to allow anyone to seek any form of legal or physical custody of a child as long as they can show the court that they are willing to assume responsibility for the child and have a sustained, substantial and sincere interest in the welfare of the child.  23 Pa.C.S.A. §5324. However, this only applies when neither parent has custody or control of the child. The exception to this broad rule is when a dependency action is pending in juvenile court or the child has found to be a dependent child in juvenile court. The act is retroactive, meaning it applies to cases that started even before the act went into effect in July 2018.  Now, any individual who is willing to be responsible for the child and who has an interest in that child’s welfare can seek legal and physical custody.  The court will examine the nature, quality and extent of the involvement by the individual in the child’s life in determining if they have an interest in the child’s welfare.  Prior to the change, an individual had to be a parent, grandparent, great-grandparent or be acting as a parent (in loco parentis) to seek full legal and physical custody.

In addition, the new laws gave additional rights to grandparents and great-grandparents to pursue partial or supervised physical custody of the child.  A grandparent or great-grand parent can seek partial or supervised visitation where at least one parent consents to their relationship with the child, the parents have a custody case pending and the parents cannot agree as to whether the grandparent should have a role in the child’s life.  It is important to note that if neither parent wants the grandparent to participate in the child’s life, the grandparent does not possess these additional rights under 23 Pa.C.S.A. §5325 and must proceed under the first statute 23 Pa.C.S.A. §5324, to seek custodial rights.

The law was changed to expand the rights of grandparents and third parties following the Pennsylvania Supreme Court’s decision in D.P. v. G.J.P., 146 A3d 204 (Pa. 2016).  D.P. severely limited a grandparent’s rights to seek custody by requiring that a divorce action be pending between the parents in order for a grandparent to seek partial or supervised visitation under 23 Pa.C.S.A. §5325.  This effectively prevented grandparents from seeking custody of a child unless they were the grandparent to the child of a deceased parent, the parents were going through a divorce or the individual had acted as a parent to the child.

The new law is designed to expand custodial options for children.  The court will have more options to choose from in determining the best interests of the child.  Children across the state will benefit from being with the best caretaker possible.  Our legislature has stated the statute is necessary, in part, because of the opioid crises in our state.  Through the rise of addiction and overdoses many children in our state are being robbed of their parents, requiring other adults to step in and care for the children.

If you are interested in seeking custody of a child and you are not the parent of that child, it will be critical for you to obtain legal counsel to ensure that you proceed under the appropriate law to exercise your rights.  Pyfer Reese Straub Gray & Farhat have several talented and experienced custody attorneys who will assist you in exercising your rights.