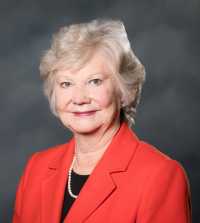 In August of 2018, the Pennsylvania Human Relations Commission released a new Guidance Guideline regarding Sex Discrimination.  The Guideline included sexual orientation, gender identity, gender expression, gender transition, and transgender identity.  A resident in Pennsylvania can file a Complaint with the Commission if he or she believes that he/she has been discriminated against in education, employment, housing and public accommodation.

If the Commission finds that there has been discrimination, the victim may be awarded financial compensation.   It must be remembered that this is only a guideline and it allows Pennsylvania residents to file a Pennsylvania Human Relations Commission Complaint against the person or organization who discriminated against the complainant as the result of his sexual orientation, gender identity, gender expression, gender transition, and transgender identity.  This would apply to the owner of a venue who will not allow a gay couple to use the venue for a wedding.  It must be remembered, however, that Pennsylvania does not have a statute which provides stronger protections for the LGBTQ community.  However, this new Guideline does provide a remedy for discrimination.