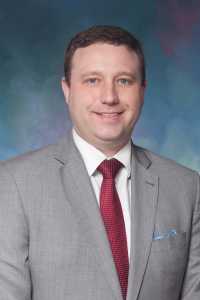 The short answer is YES. The dangers involved in speaking to police are substantial, and seeking a lawyer’s advice before you talk to them is the best way to protect yourself.

Police may ask you to do things or provide documents, which you may have to do in some situations. For example, during a traffic stop, you must produce your insurance card on demand. You might have to do field sobriety tests for an officer. But they cannot force you, for example, to tell them where you came from or where you are going.

The safest approach when the police want to ask you questions—regardless of the context—is simple, polite, and firm. My clients know that if the police want to talk to them, they respond: “I would love to help you, officer, but my lawyer says that I am not allowed. His name is Daniel Bardo. You should call him.”

Responding in this way does a few things. First, it is not a definite “no”—nowhere in that response is, “I will never talk to you about anything, ever.” Second, it blames the lawyer (that is part of what you pay us for). Third, it allows time to prepare for a statement, if you are going to give one.

This response is critical because no rule is absolute. “Never talk to the police” is without question the general rule, but is not the best approach in every conceivable situation. An interview may avoid charges, put other evidence in context, or send the police after someone else. An interview could also—and often does—turn into the most powerful evidence that the Commonwealth will offer against someone at trial: a confession.

An experienced lawyer is the key to making that decision. After hundreds of criminal cases, the lawyer knows the potential benefits and substantial pitfalls. An experienced lawyer will help you make the most important decision during a police investigation. So, should you get a lawyer before answering an officer, detective, or investigator’s questions? Yes.

If you are being investigated for a crime, Pyfer Reese Straub Gray & Farhat PC can help. Call 717.299.7342 to schedule a consultation with Attorneys Daniel Bardo, Heather Adams or Christopher Patterson.