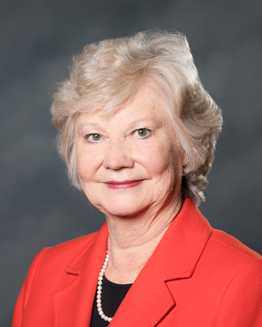 Sandra Edwards Gray is a Texan and a graduate of Houston Baptist University. After graduating from college, she was a secondary mathematics teacher. While teaching, she attended graduate school on a part-time basis and earned a Master’s Degree in Education, with honors, from Temple University. Ms. Gray later attended and graduated from Villanova Law School, Villanova, Pennsylvania. While in law school, she won the Annual Client Counseling Competition and represented Villanova Law School at the Regional Competition. In addition, she was listed in Outstanding Young Women of America. She has been voted one of the top attorneys in Lancaster County.

After graduating from law school, Ms. Gray served as a Law Clerk for the Honorable Wayne G. Hummer, Jr. She joined Pyfer, Straub, Gray & Farhat, P.C. and is now a Shareholder and the Secretary of the Firm.

Ms. Gray, one of the leading divorce attorneys in Lancaster, has served as a lecturer for the Pennsylvania Bar Institute. In addition, she has spoken to numerous local groups in the areas of estate planning and matrimonial law.

Ms. Gray is active in community affairs. She is currently serving as the Treasurer of the Dollars for Scholars of Lancaster County. In the past, she has been an active member of the Boards of Directors of the YWCA, the League of Women Voters, Project Runway, Lancaster Guidance Center, Lancaster Symphony Orchestra, The Janus School, and is also a member of St. Leo’s Catholic Church. She has served as Chair of the Board of the Lancaster Symphony Orchestra.

In 2012, Ms. Gray, having been considered one of the leading divorce lawyers in the area, became the first (and only) person in Lancaster County to be accepted as a member of the American Academy of Matrimonial Lawyers.**