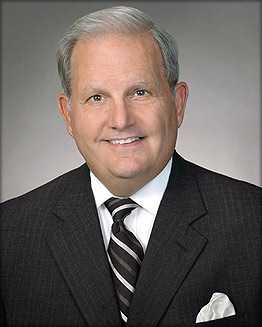 Mr. Pyfer served as Law Clerk for the Honorable W. Hensel Brown, former President Judge of the Court of Common Pleas of Lancaster County. Admitted to practice before all courts of the Commonwealth, he may also appear before the United States Federal District Courts for the Eastern and Middle Districts of Pennsylvania, as well as the Third Circuit Court of Appeals, the United States Tax Court, and the Supreme Court of the United States.

He is listed in Who’s Who in American Law, Who’s Who in America and Who’s Who in the World. Mr. Pyfer was the founder and first president of the W. Hensel Brown American Inn of Court. He has contributed articles to a number of law reviews and many of his courtroom openings and summations have been published in various journals and treatises including Julien, Opening Statements; Stein, Closing Arguments; and Goldstein, Trial Technique.

Philadelphia Magazine has listed him as one of Pennsylvania’s “Super Lawyers,” and he is routinely selected by the readers of Lancaster County Magazine as one of the County’s “Best Attorneys.”

Active in civic matters, he is past president of the Willow Street Lions Club, an elder and past president of the Willow Street United Church of Christ and a former Board Member of the Samaritan Counseling Center. He is a member of Lodge No. 43 F. & A. M. Masonic Lodge, and a member of the Sons of the American Revolution. He served as chairman of the Heritage Center Museum of Lancaster County.

A former New Era “Teen of the Week,” he has also been profiled twice in the People Section of the Lancaster Sunday News, and he is a recipient of the Lancaster New Era’s “Red Rose Award” for his volunteer activities. He was featured in SIR Magazine and The Pennsylvania Lawyer, as well as made an honorary member of the Willow Street Fire Company and the Slumbering Groundhog Lodge of Quarryville.

Very active in Boy Scout affairs throughout his life, Mr. Pyfer is a Distinguished Eagle Scout and recipient of numerous Scouting awards, including the “Silver Beaver” and “Silver Antelope”. He is a Vigil member of the Order of the Arrow and has attended 20 World and National Scout Jamborees. He was Scoutmaster of the Pennsylvania Troop that attended the World Jamboree in Australia. He has participated in the Philmont Scout Reservation and the Schiff Reservation. He has been president of the Lancaster-Lebanon Boy Scout Council and Area IV of the Northeast Region of the Boy Scouts. Currently, he serves on the Northeast Region Board and the National Committee for International Scouting.

In his spare time, Mr. Pyfer used to collect American Flyer toy trains and Lancaster County tall case clocks, as well as raises orchids. Married for more than 35 years, he is the father of two children.