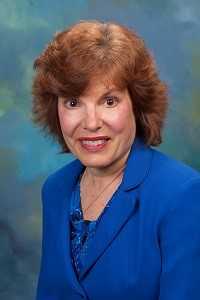 Following completion of her undergraduate degree she obtained a position working with disabled children at St. Agatha Home in New York. After working there for two years, Ms. Gerencser attended Villanova University School of Law.

After she completed her law degree, she served as a Judicial Law Clerk to the Honorable Richard A. Powers III, who was a Judge Magistrate for the Eastern District of Pennsylvania, at the Federal Courthouse in Philadelphia. After completing her Clerkship, she married her husband John and moved to Lancaster County, Pennsylvania. She and her husband went on to have three children together: Steven, Susan and Nicholas.

Ms. Gerencser is active in her community and enjoys serving as a volunteer in various capacities. She has served on the Board for the Arc of Lancaster County. She was Vice President of the Warwick Track and Field Parents’ Association for six years. She volunteers regularly at her church and is on the planning committee for the annual 5K running event that the church sponsors.

In her spare time, Ms. Gerencser enjoys spending time with her husband, children, and dogs, as well as extended family and friends. Her hobbies are jogging, biking, reading, gardening, and journaling.

In her free time, Ms. Gerencser enjoys swimming, participating in her church orchestra, and spending time with her husband.